Charlotte, NC - Daramic, LLC (http://www.daramic .com), a fully owned subsidiary of Asahi Kasei, is proud to share that Asahi Kasei Honorary Fellow Dr. Akira Yoshino has been chosen for the 2018 Japan Prize, in recognition of his significant contributions to the development of the lithium-ion battery (LIB). 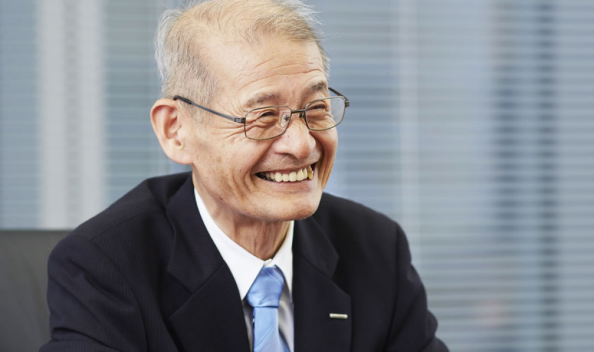 Japan Prize, often considered one of the most prestigious awards in science and technology fields after the Nobel Prize, is an international award presented to individuals whose original and outstanding achievements are not only scientifically impressive, but have also served to promote peace and prosperity for all mankind.

Dr. Akira Yoshino invented the modern lithium-ion battery, which comprises a completely new combination of carbon for the negative electrode and LiCoO2 (lithium cobalt oxide) for the positive electrode. He also developed the fundamental technology for LIB, which uses aluminum as positive current collector material, and fabricated the world’s first LIB cell. He has also developed other technologies that were essential for the successful commercialization of the LIB, including technology for fabricating electrodes, technology for assembling batteries, and other technology that made the LIB possible as a small, lightweight rechargeable battery.

Digitization, the IT revolution, and the mobile revolution that began in the early 90s would not have been possible without the LIB. The importance of the LIB to society continues to grow, including as a means to stabilize the supply of power from natural energy sources to counter global warming. Dr. Yoshino was chosen for the Japan Prize in recognition of his original and breakthrough accomplishments that formed the technological and industrial foundations of the LIB.

Asahi Kasei’s understanding of electrochemistry through Dr. Yoshino’s work have led to continued innovation in advanced electrification and energy storage technologies including the advancement of the lead-acid battery.

Leveraging the expertise of its parent company, along with Dr. Yoshino and his team, Daramic has access to Asahi Kasei’s advanced research and development resources including fundamental analysis, material testing, and analytical proficiency. These advanced capabilities help support Daramic in enhancing the lead-acid battery.

Back to News
We use cookies on our website to give you the most relevant experience by remembering your preferences and repeat visits. By clicking “Accept All”, you consent to the use of ALL the cookies. Alternatively, you may choose "Necessary Only" to exempt any Analytics, Performance or Advertising cookies.
Accept All Necessary Only